MIKHAIL KARIKIS: SURGE HARMONIES
It's All About the River 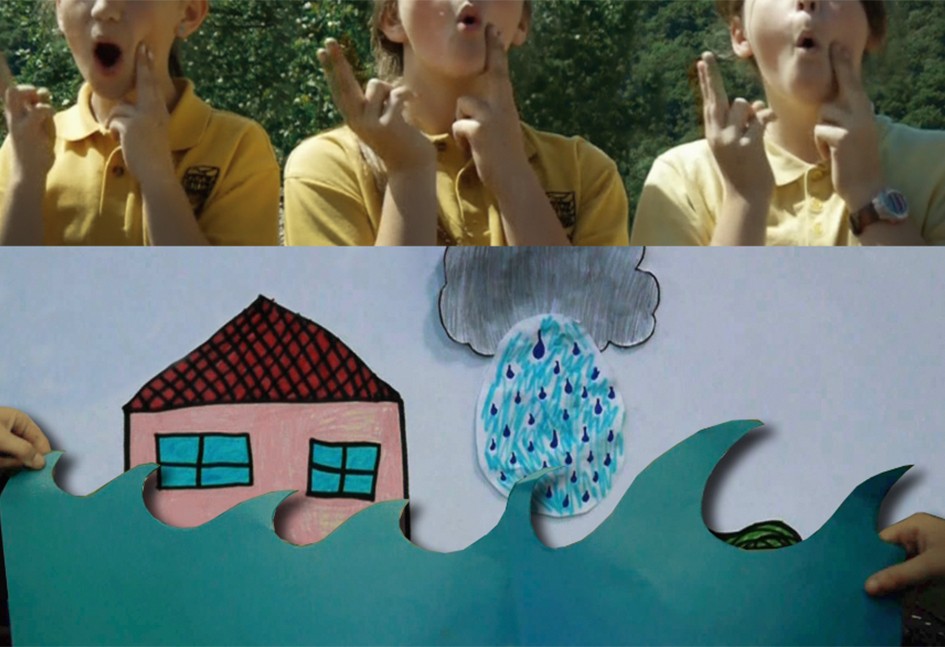 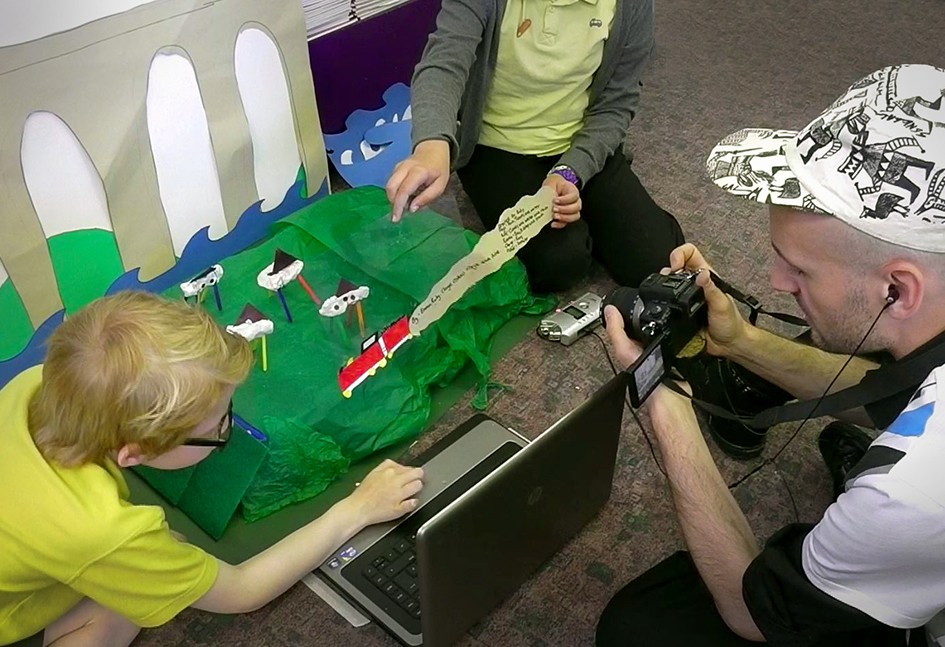 With thanks to: Sally Copson-Ball and the staff and pupils of Calstock Community Primary School

Drawing on his recent experiences of working with young people in Italy for Children of the Unquiet (2013-2014), Mikhail Karikis collaborates with the children of Calstock Community Primary School to bring their vision of the River Tamar’s future to life.

Exploring the future of the river and how they might occupy this land and its use in years to come, reflecting on the big storms of last winter and continuous sea level rising, they worked with Professor Richard Ashley, an expert in flooding and climate change who advised the young children. The children then worked with Mikhail in a series of sound and animation workshops to show their interpretation of what the future could hold for the Tamar’s communities.

From their workshops, Mikhail has created Surge Harmonies. The children use their bodies to create sounds, reflecting the storms which had such a devastating impact on their community in early 2014.

Surge Harmonies (2014), a project by Mikhail Karikis, was commissioned by the River Tamar Project for the It’s All About the River film festival with support from Arts Council England and FEAST.

With thanks to: Sally Copson-Ball and the staff and pupils of Calstock Community Primary School