MELANIE MANCHOT: THE HALL
It's All About the River 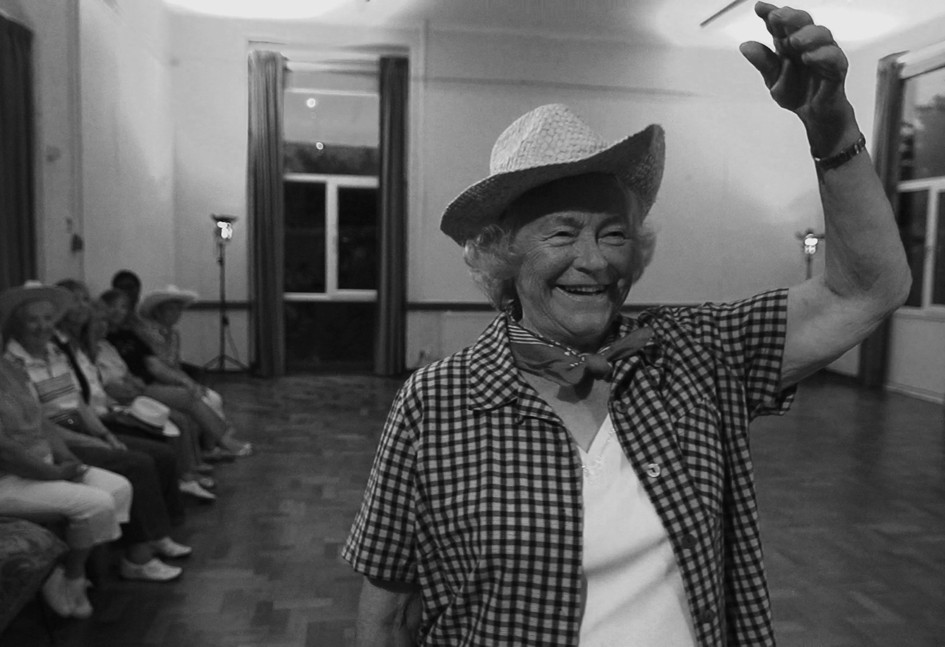 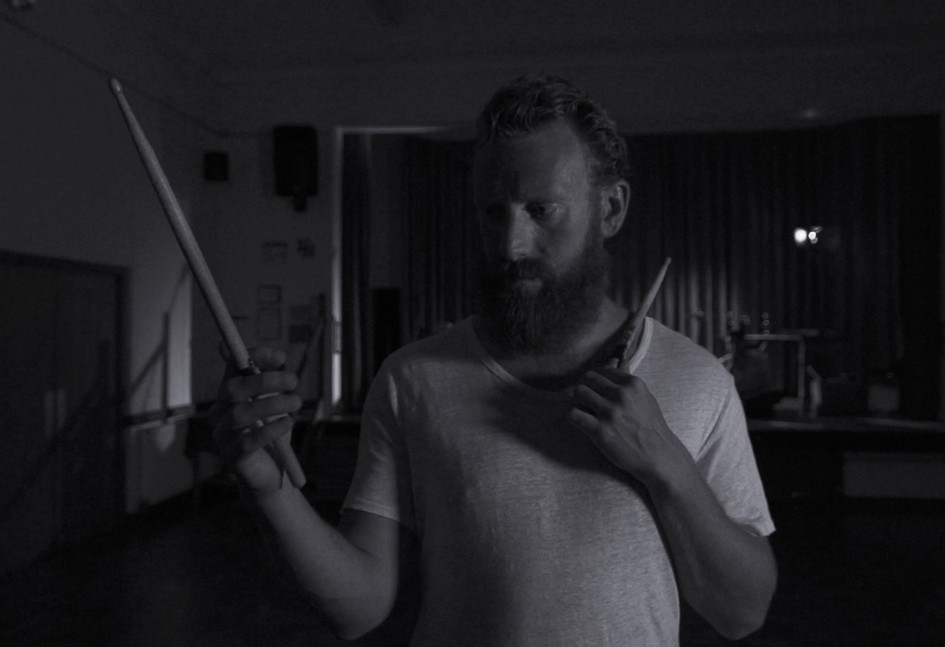 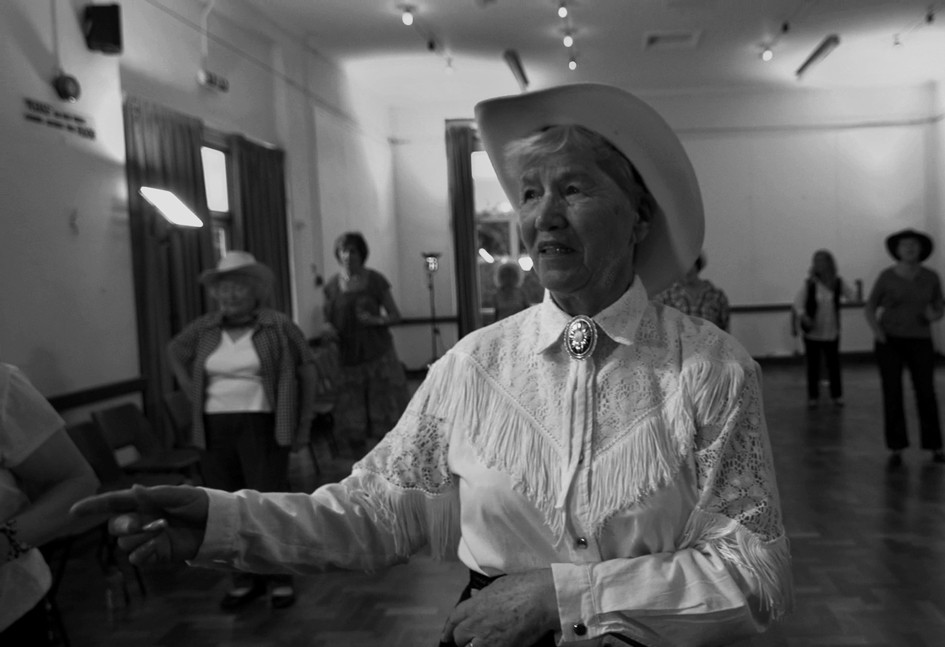 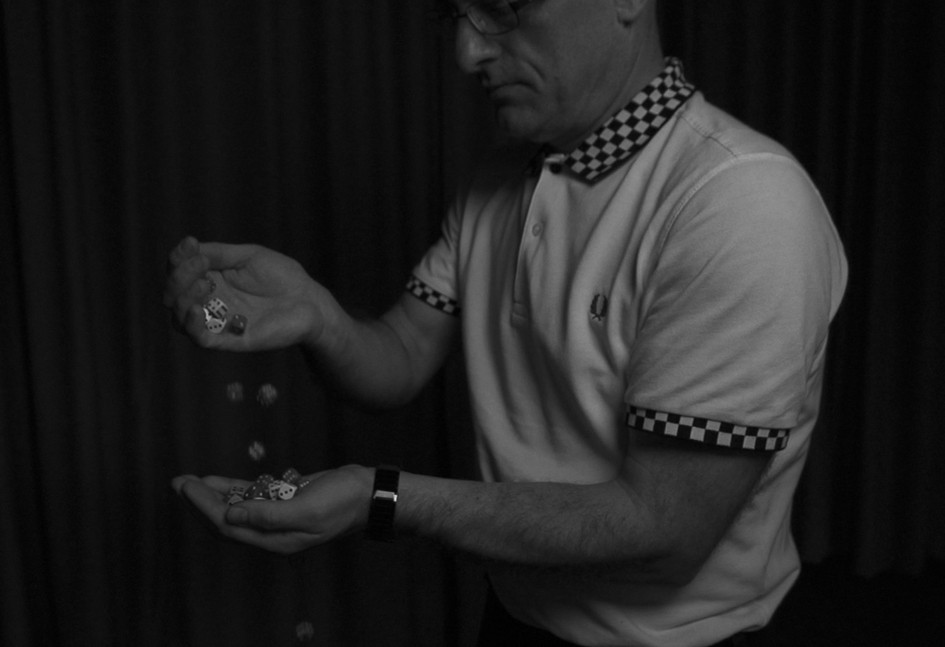 The communities and people who live on the banks of the river are essential to its life and give it meaning. Centred on those individuals and groups who occupy these spaces for a few hours each week, The Hall reveals a complex and intimate portrait of modern life on the banks of the Tamar.

Melanie Manchot’s film begins with the River Tamar: as a figure travels on a small boat across its choppy waters. Reaching the quay at Cargreen, his walk inland is echoed by three others and the camera follows them as they leave the river behind to pass between greenhouses and narrow roads lined with hedgerows. Their four separate journeys bring them to the same place, at different times of the day and for very different purposes, for the Landulph Memorial Hall hosts battleships, bowls and line dancing, as well as band practice. As each walker opens the door to the hall, the viewer enters a space transformed by the activity of the group within: from the gaiety of the line dancers and the quiet concentration of the bowlers and games players, to the thrash and hum of the band.

Manchot’s film reveals ‘the hall’ as the threshold through which we might reach a different and more complex notion of what community means along the River Tamar. For a brief hour or two each day, the space holds a group of people disparate but for their interest in dancing, battle-lines or making music: strangers temporarily brought together by common interests. Consulting local groups and the Landulph Hall timetable, her camera then opens the door to pleasure and skill briefly shared, revealing a tempo and intensity which takes the everyday into a different register, giving it, as Manchot puts it, ‘a potential charge.’ This intensity is heightened as the camera catches in slow motion scrutiny the individual actions of players, bringing out the heroic in the bowler as he turns the ball in his hand or holding the drummer’s whirring sticks in a reflective pause.

Manchot’s film echoes the intent of earlier documentary filmmakers such as Humphrey Jennings, in films such as Spare Time (1939), to use the formal capacities of the camera to bring to the surface the overlooked magic of activities often deemed ordinary. The narrative of Manchot’s film, like Jennings, is not provided by voice over but by the agency of her moving camera, which in turn frames and reveals the activity of its temporary incumbents, as they bring a private intimacy and pleasure to a shared public space.

Melanie Manchot uses moving image and photography to explore how ‘public spaces become temporarily private’. She works closely with different social groups and gatherings to briefly transform and recontextualise public spaces such as squares, streets and community halls in unexpected ways. In Celebration (Cyprus Street) (2010), for example, an entire street in East London gathers for a photograph, whilst in Dance (All Night, Paris) (2011) different groups of amateur dancers waltz and be-bop through the night in a school yard, to a musical accompaniment heard only to them, through headphones. In The Hall, Manchot sought out the local interest groups who use Landulph Memorial Hall in Cargreen day by day, creating a poetic portrait of the hall as a potent space where a diversity of people and their interests temporarily come together.

The Hall (2014) was commissioned by the River Tamar Project in partnership with Plymouth University, made possible with support from Arts Council England and FEAST. The film premiered at Landulph Memorial Hall, Cargreen in September 2014 as part of the It’s All About the River film festival.