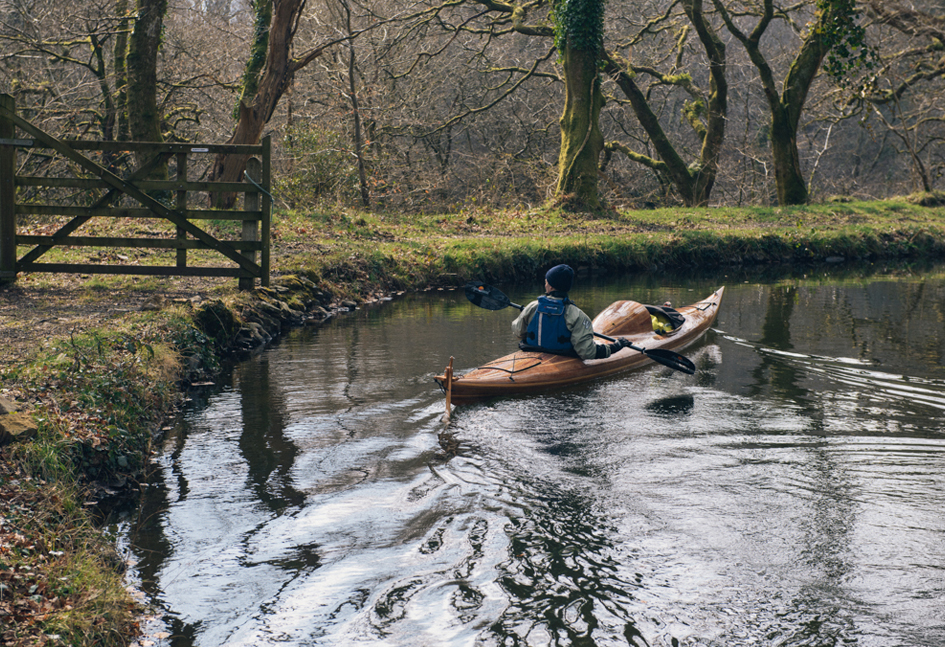 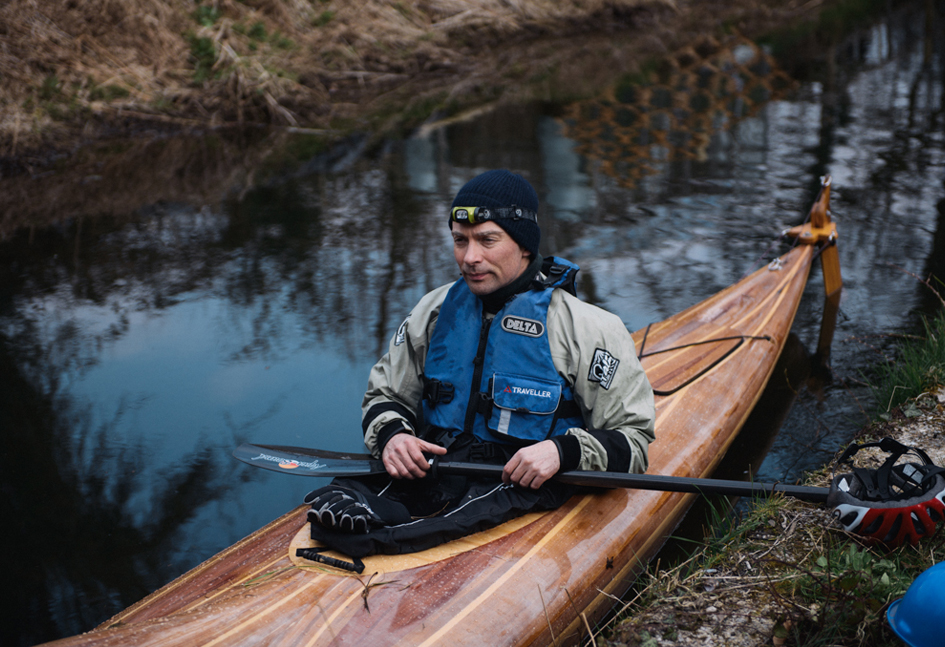 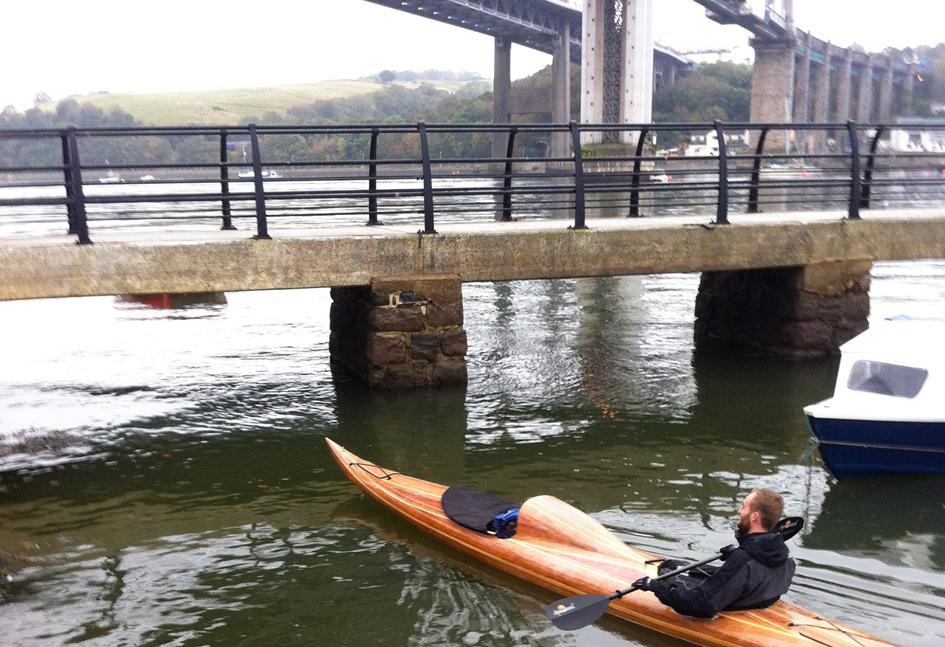 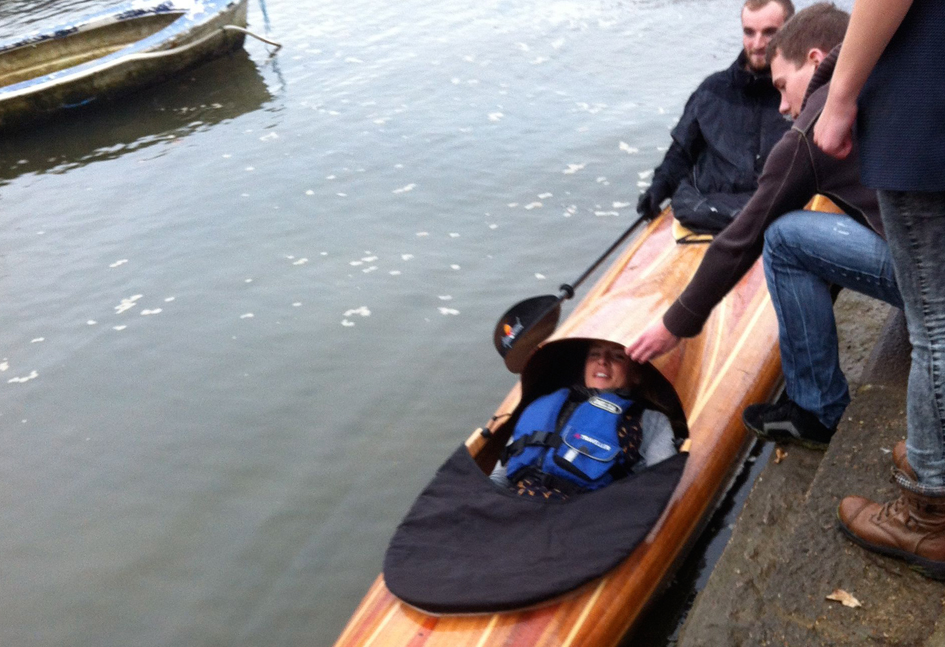 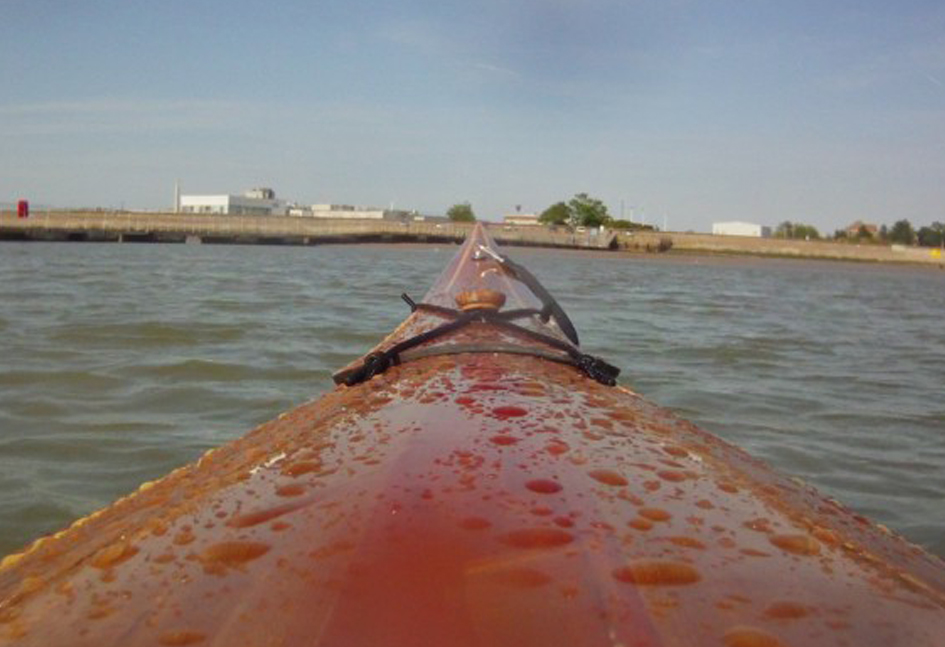 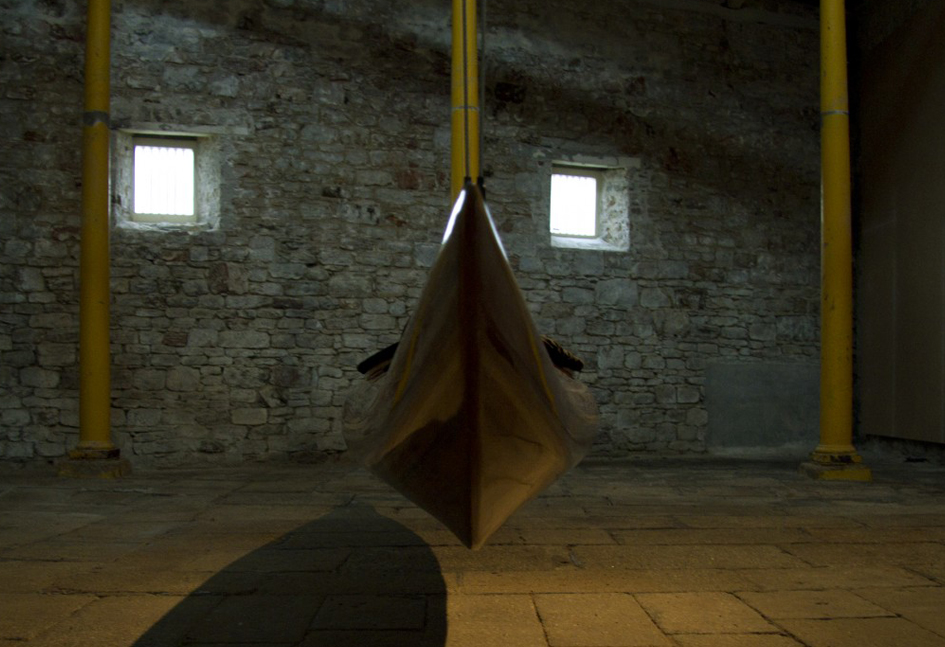 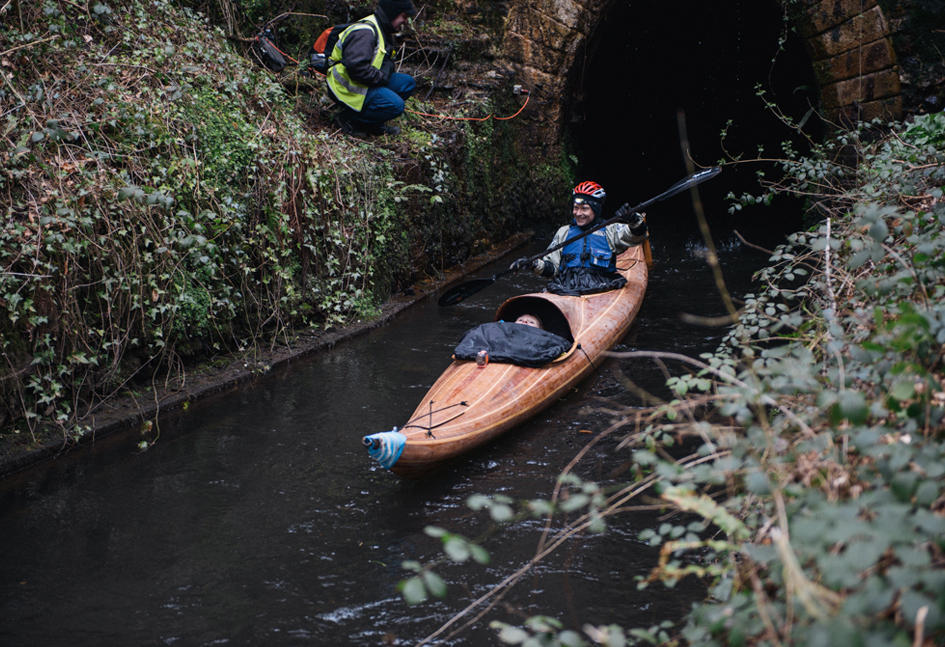 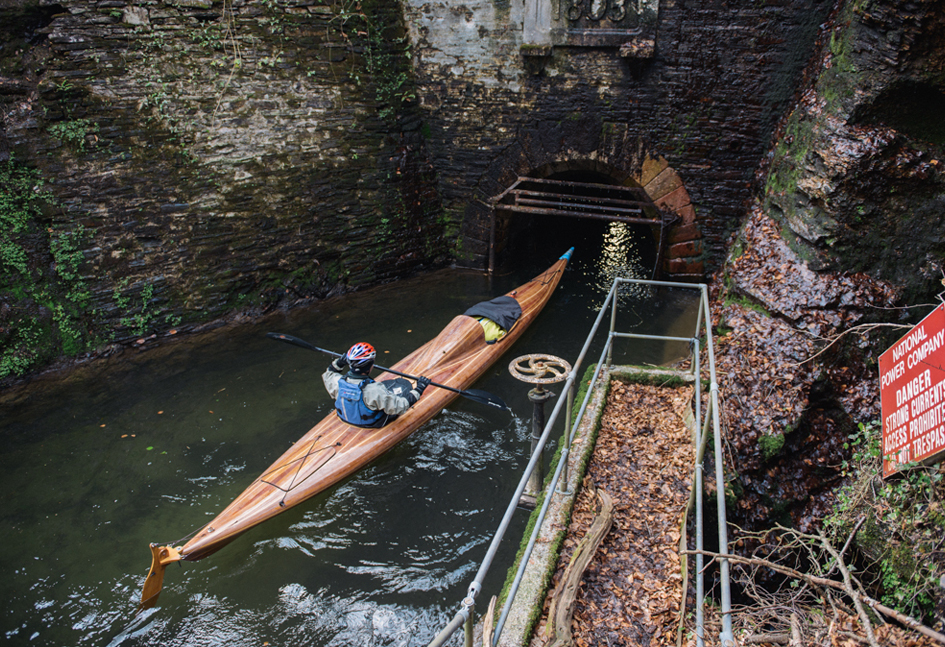 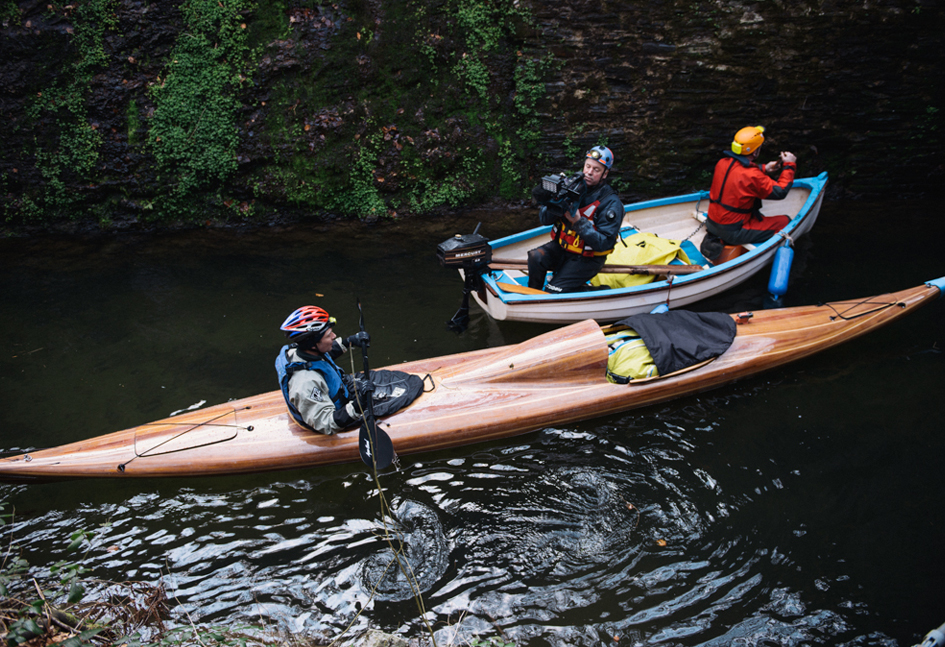 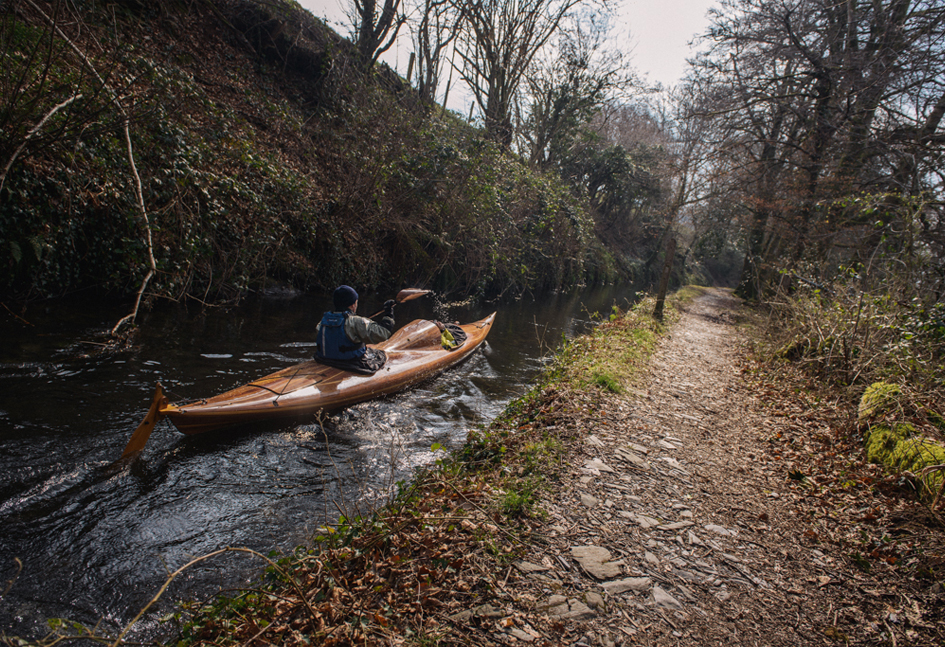 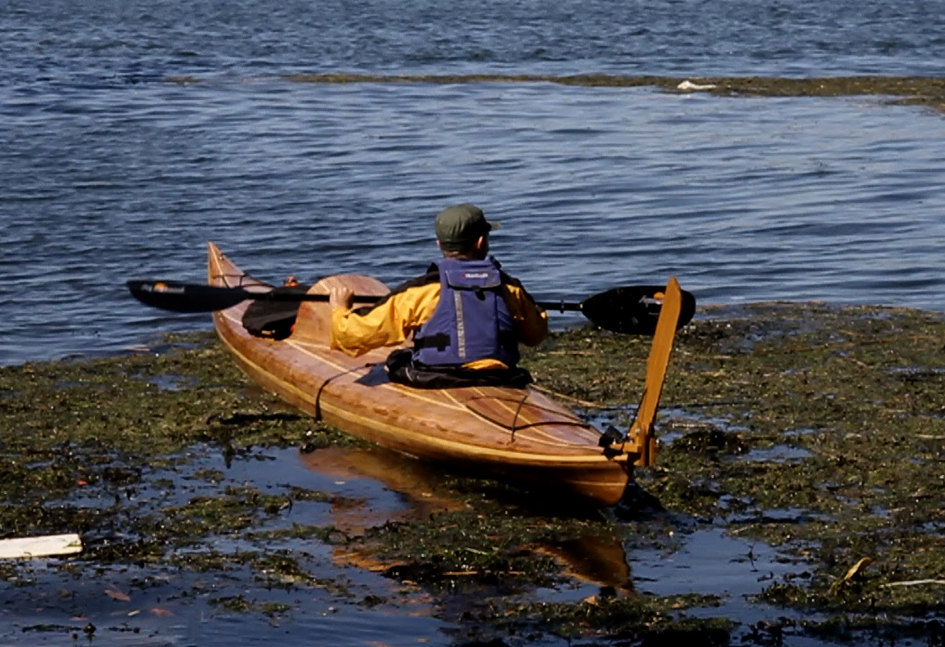 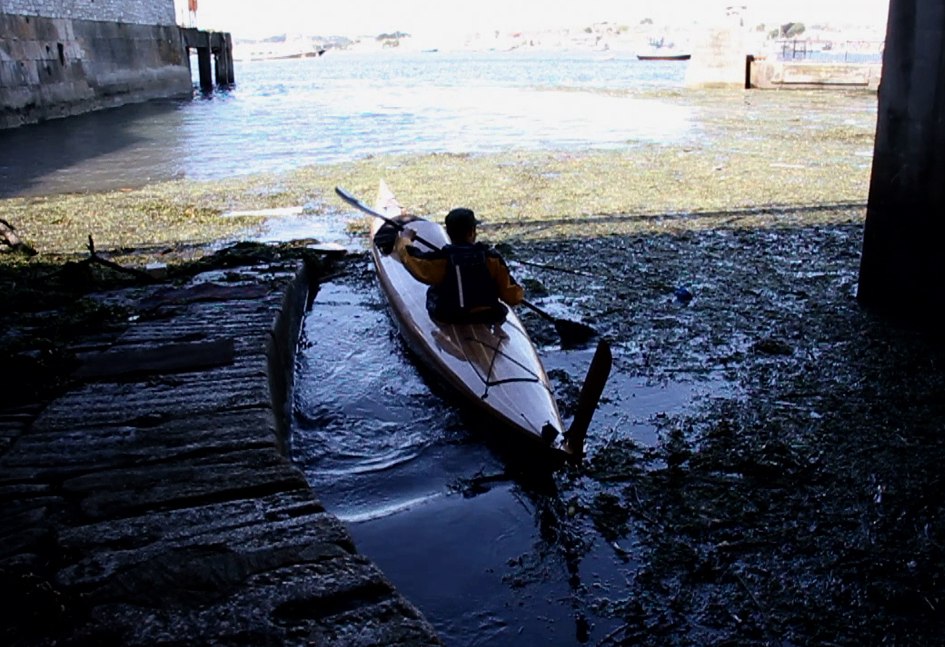 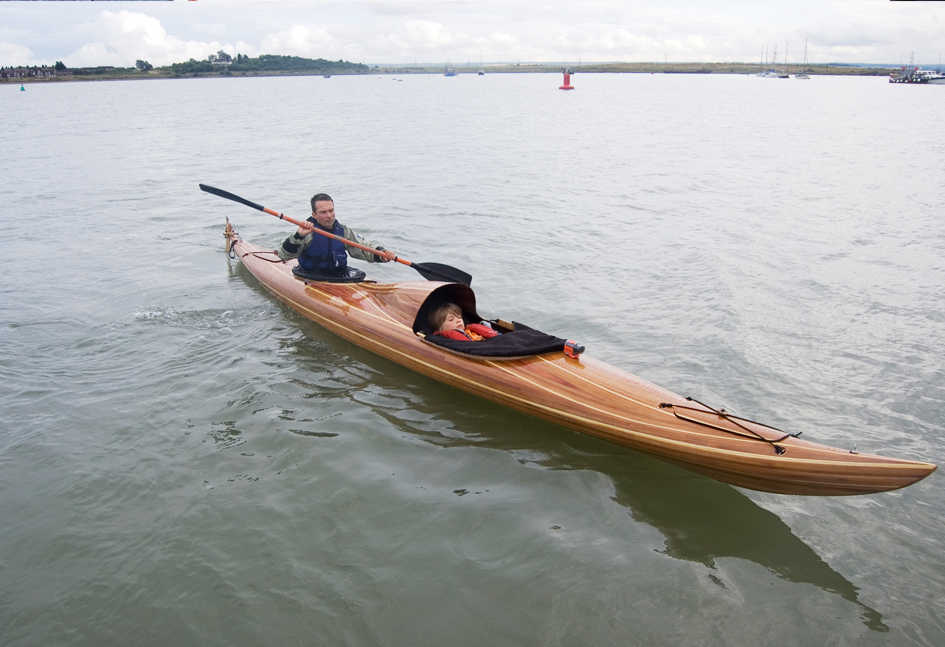 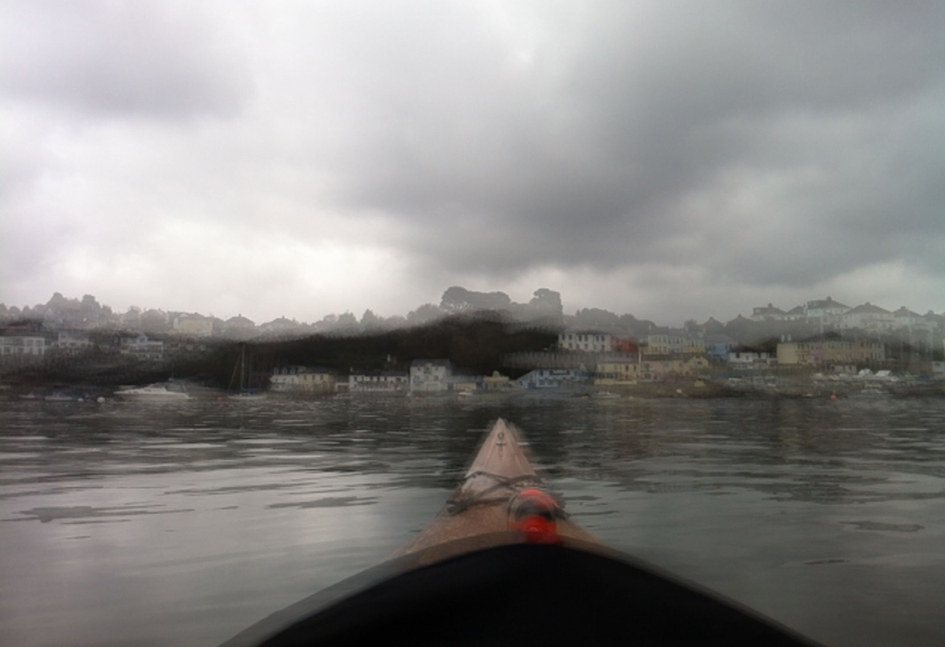 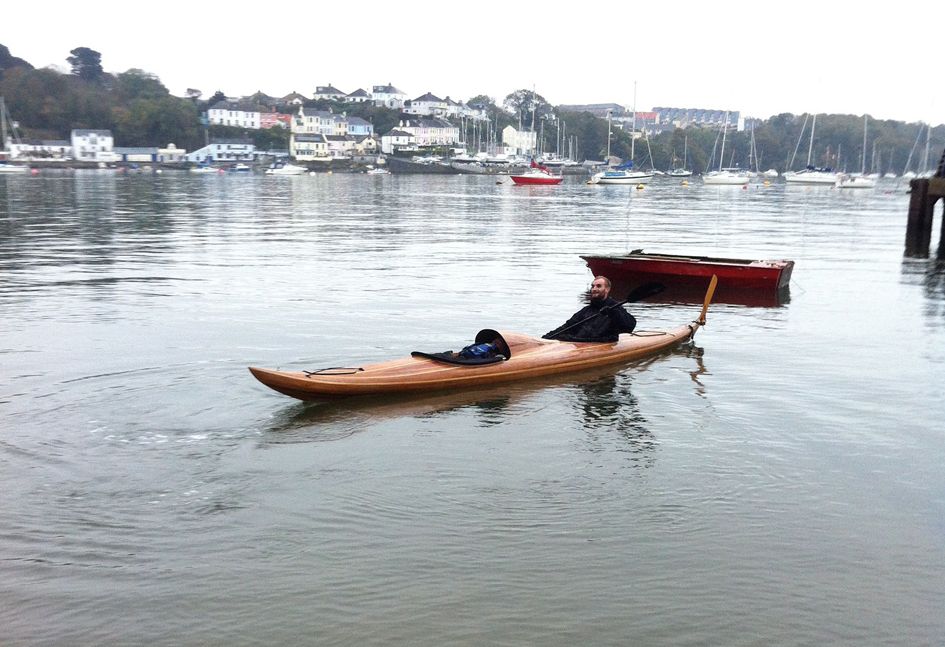 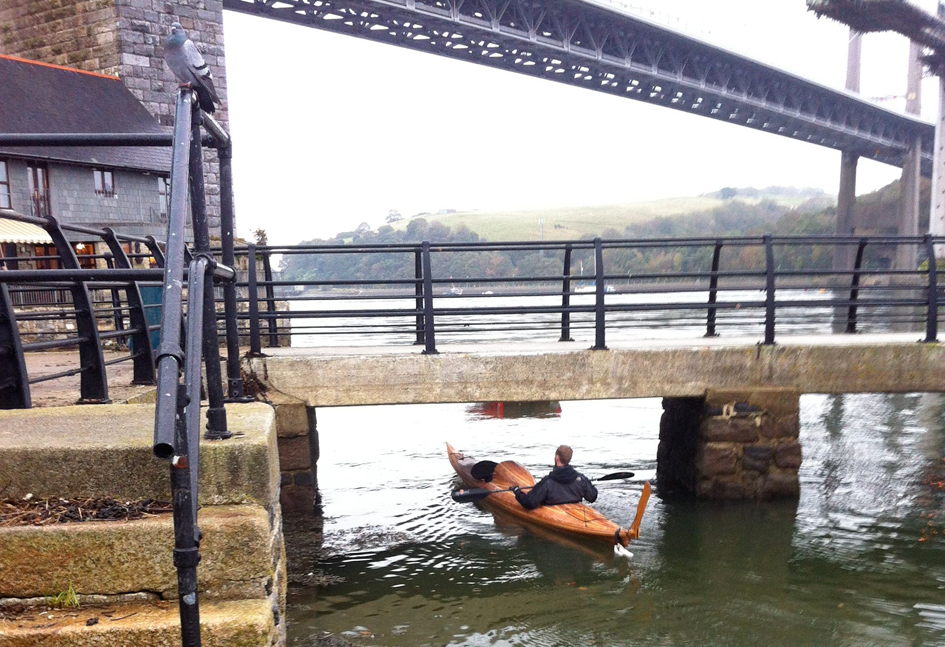 Further Reading
About the Artist

From June to December 2012, people were able to experience the river from a new perspective as a passenger in Adam Chodzko's Ghost

Originally conceived for the 2010 Whitstable Biennial, Ghost is a kayak; a sculpture as the vessel, a coffin, a bed and a camera rig. Measuring 22ft in length and built by Whitstable based Glyn Edwards Kayaks from strips of Alaskan yellow cedar, Fijian mahogany, oak, ash, olive and walnut, Ghost was created to accommodate a rower in the back and a passenger at the front. Separated from the rower by a dome in the deck of the kayak, the passenger lies flat in the vessel – at the level of the water – with their head slightly raised. This viewpoint offers a unique perspective of the river and its banks, causing the passenger to consider their concept of the river and their relation to it. A camera mounted on the kayak records each passengers journey thus creating a record of their unique experience. No two journeys are the same; each experience of the river inimitable.

Chodzko’s reworking of Ghost for the River Tamar explored the themes of death and entropy, exemplified on the river by the silting of its upper tidal reaches, disused quays and the downgrading of the Royal Naval Dockyard. These issues are current challenges for the city of Plymouth and the Tamar Valley communities. Chodzko’s work also speaks of the wider themes of environmental change and the need to find solutions which are both beautiful and sustainable for the continued use of our waterways.

During the summer of 2012, Adam explored the tidal reaches of the River Tamar: taking participants from four riverside communities – Saltash, Devonport, Calstock, and Bere Alston – to experience the River Tamar in Ghost. People were invited to take a personalised trip, directing their journey with him, whilst recording their individual responses to the life of the river.

Adam Chodzko’s work was introduced to the River Tamar Project by independent curator Teresa Gleadowe. Teresa is the convenor of a series of events in Cornwall which started in May 2010 with The Falmouth Convention, an international meeting of artists, curators and writers exploring the significance of time and place in relation to contemporary art and exhibition making. Having contributed to The Falmouth Convention, Chodzko was approached by Teresa with the idea of bringing Ghost to the tidal rivers of the South West.

Artist Adam Chodzko and his passenger, local artist Tessa Jane, journey through the Tavistock Tunnel in Ghost. The tunnel was built in 1817 and is 1.5miles long.

Further Reading
About the Artist