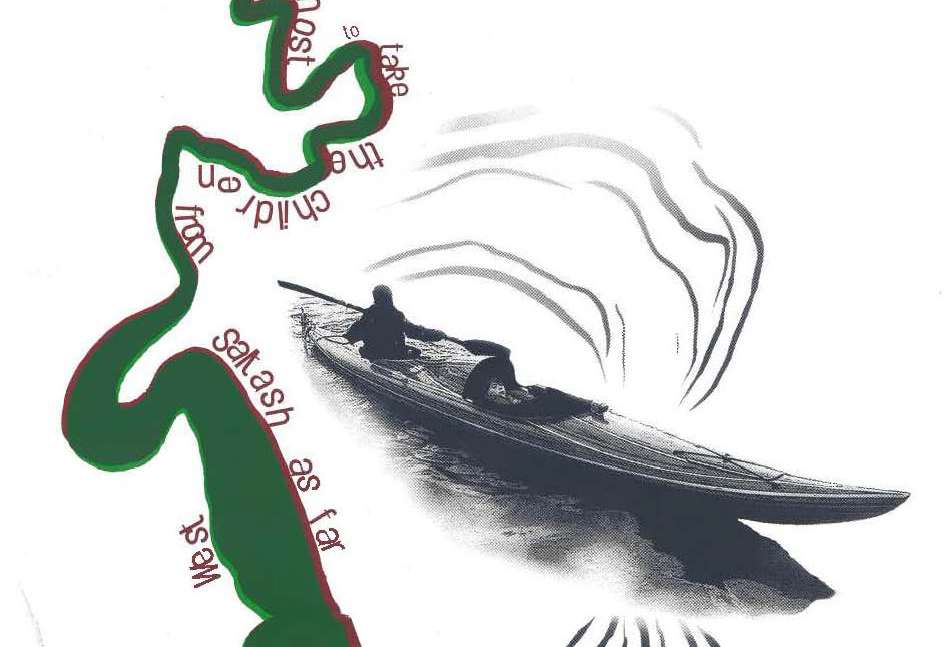 This series of five limited edition screen prints were designed by international artists Adam Chodzko specifically for schools local to the River Tamar. They have been created in the hopes of renewing interest in this often overlooked source of education and cultural asset to the region. In June 2013, the River Tamar Project gifted one set of prints to twenty-five schools in communities along the tidal reaches of the River Tamar.

From June to December 2012, Adam Chodzko reconfigured his on-going project Ghost for the specific context of the River Tamar. Ghost is a kayak; a sculpture as the vessel, a coffin, a bed and a camera rig. Built from strips of Alaskan yellow cedar, Fijian mahogany, oak, ash, olive and walnut. Ghost was conceived to accommodate a rower at the back and a member of the public at the front. Travelling from Gunnislake down to Plymouth on a series of voyages, Ghost invited individuals from specific communities of Calstock, Bere Alston, Saltash and Devonport to explore and record the River Tamar.

This limited edition set of prints has been made possible with the support of Peninsula Arts and Teaching and Learning in the Faculty of Arts and Humanities at Plymouth University.